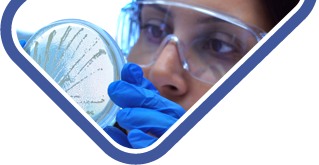 Butamax is a fully resourced and committed biofuel company providing the technology to cost-effectively produce bio-isobutanol for the long term.

Butamax’s rigorous technology development and its commercialization strategy ensure competitive positioning in the automotive fuels sector and other industries.

We are developing a comprehensive licensing package that will supply current ethanol operations with new technology enabling the production of bio-isobutanol. We are also developing refining customers for bio-isobutanol, and will offer a secure, high-value market for bio-isobutanol produced with the technology. In addition, we’ll provide a full range of services to enable successful ethanol plant retrofits, including ongoing consultancy and technical support.

Partnering with Early Adopters Group members, Butamax is launching commercial production of bio-isobutanol in the United States. On October 2, 2013, Butamax announced that we had begun Phase 1 of a retrofit of Highwater Ethanol’s plant in Lamberton, Minnesota for the production of bio-isobutanol. The cutting-edge separation technology package includes a novel corn oil removal system and is an integral part of a full retrofit to bio-isobutanol production. Construction is now complete and the facility is in full operation. After the successful operation of the first facility, Butamax will begin retrofitting multiple facilities simultaneously to match production to market demand.

In addition to industry partnerships, Butamax leverages the capabilities of its shareholders BP and DuPont, two world-class industrial and biotechnology companies. 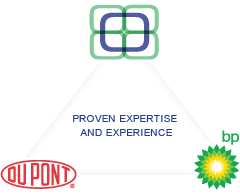 Butamax is a joint venture of BP and DuPont, formed to commercialize bio-isobutanol as a transportation fuel using patented technology the two corporations developed in collaboration.