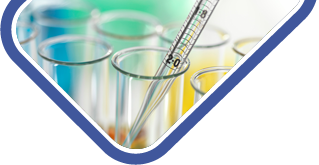 The term “biofuel” refers to any transportation or liquid fuel made from biomass, such as bio-isobutanol and ethanol.

Biofuels are transportation or liquid fuels made from biomass—organic plant material that has stored energy from the sun in the form of chemical energy. There are many ways this stored energy can be converted into liquid fuels relatively easily. For example, we can ferment the starch or sugars in crops like corn, wheat and sugarcane into ethanol. Using processes such as esterification and hydrogenation, we can also convert vegetable oils from oil-bearing crops such as rapeseed and soy beans—as well as oil from algae—into biodiesel.

Biofuels are increasingly being used as a component in gasoline and diesel fuel for a number of reasons. Among other biofuel advantages, they can help diversify energy supplies and reduce reliance on imported oil. They also play a significant role in reducing greenhouse gas (GHG) emissions.

How are biofuels used?

Ethanol and biodiesel can be blended with either gasoline or diesel to produce a finished fuel. However, they are not ideal fuel components because of their lower energy content and reduced compatibility with vehicles and distribution infrastructure.

In Europe and the U.S., for example, ethanol can be used in conventional gasoline in blends of up to 10% volume. Higher percentage blends can be used in specially designed or modified vehicles (e.g., “flex-fuel” vehicles).

Are biofuels better for the environment than conventional fuels?

A key biofuel advantage is successfully reducing overall GHG emissions across the entire lifecycle, known as “well-to-wheel” or “crop-to-car” emissions. The carbon dioxide (CO2) emitted when the biofuel is burned in a vehicle is offset by the CO2 absorbed by the atmosphere during the growing of the crop used as biomass. Calculations of the well-to-wheel emissions take into account the energy used to make the biofuel (in farming and harvesting, converting the crop to fuel, and transporting the fuel). Actual emissions from biofuels vary widely depending on how they are produced.

Today’s biofuels produced from conventional crops—such as ethanol from corn or sugarcane, or biodiesel from vegetable oils—reduce GHG emissions by about 20-60% on a well-to-wheel basis compared with conventional fossil fuels such as gasoline and diesel. Ethanol produced from Brazilian sugarcane is the most efficient of the current generation of biofuels, reducing emissions by up to 90%.

Because of its unique chemical properties, bio-isobutanol can be blended at 16% volume in gasoline, thus displacing more gasoline per gallon of fuel consumed than the standard ethanol blend of 10% volume. On a miles-driven basis, the 16% volume bio-isobutanol blend can also reduce GHG emissions more than the 10% volume ethanol blend, given similar biorefinery site and process-specific conditions.

What Is a Biofuel?

Biofuels are transportation or liquid fuels made from biomass. The raw material can come from a number of different renewable sources:

Butamax is currently researching methods to produce bio-isobutanol with unique feedstocks that do not compete with food crops, like algae and woody mass.